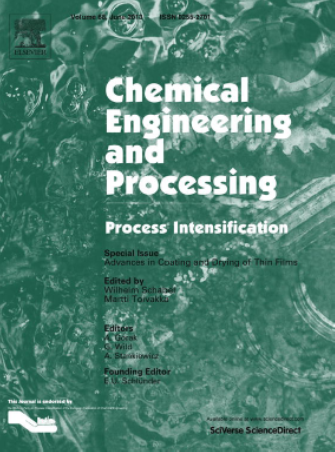 We would like to dedicate this Special Issue to Holger Martin, Professor in Karlsruhe, on the occasion of his 70th birthday We would like to address some personal words to him:

Holger Martin is a well-known name, particularly in the coatings community, associated with dryer design with impinging nozzles. Many people might not believe that he only celebrates his 70th birthday, since he published those most cited and famous papers such as “Heat and Mass Transfer Between Impinging Gas Jets and Solid Surfaces” already in the early 1970s . Today these equations are established worldwide as “Martin equations” and became an industrial standard. They are used for the proper design of impinging jets, where they specify criteria and rules for nozzle spacing and optimum distance to web in industrial impingement dryers.

Personally, I would like to thank Holger for teaching me in the early days, when I was a student in Karlsruhe, for supporting me during the last years and for giving me the chance to continue part of his activities in the field of impinging jets research .

Holger Martin, the generalist and perfectionist

It is a great pleasure for me to dedicate and address this special issue to my friend Holger Martin at the occasion of his 70th birthday. Holger and I worked together closely, both in research and teaching for more than 40 years as members of the “Institut für Thermische Verfahrenstechnik der Technischen Hochschule (TH) Karlsruhe.”

During this period, which lasted for more than one generation, we mutually inspired each other to generate new conceptual ideas in the fields of heat transfer, mass transfer and fluid flow.

When pursuing these ideas, Holger combined intuition, logical strength and mathematical skills to generate new theories as well as suitable equipment as to their experimental verification. Many publications, scientific papers and books, give evidence of his outstanding contributions to various fields of Chemical Engineering. Some highlights, standing for many more, may be mentioned:

-  Heat transfer in fluidized beds, an analogy to the kinetic theory of gases

-  Heat transfer and fluid flow, an extended Leveque-analogy, covering both laminar and turbulent flow in a unique manner

I do not promise too much when I say that these papers will last forever!

This may be considered as the highest degree of appreciation. Last not least: Holger has proven himself to be not only an outstanding engineering scientist but also as a multilingual poet.

In the meantime he has generated more than 700 Limericks and earned the degree of a Rhyme Master of OEDILF. This is an example tracing back to the origin of Chemical Engineering and also showing Holger’s humor and profound knowledge of history:

Young people, but help them to handle,

In practice, the trick

That is done by the wick

When we light up a stick of a candle.

This address shall highlight my friend Holger’s unique gift of being both a generalist and a perfectionist, which I have always admired.

I wish him many more years to go in good health and vivid activities.